Regina Sommer is Associate Professor at the Medical University Vienna, Austria (Institute for Hygiene and Applied Immunology). She is head of the unit Water Hygiene where she is teaching, researching and running the accredited Laboratory and Inspection Body “Hygiene Vienna” (authorized by the Ministry of Health). Together with Prof. Andreas Farnleitner she serves as co-head of the Interuniversity Cooperation Centre ICC Water & Health in Vienna (www.waterandhealth.at). Regina is convenor of the Austrian drinking water commission and member of the Advisory Board for Bathing Water Hygiene of the Ministry of Health in Austria as well as of the Water Microbiological Advisory Board of the EU Commission.
Together with the Georg Hirschmann (Austrian Institute of Technology), Alexander Cabaj and Alois Schmalwieser (Department of Medical Physics, Veterinary University Vienna) and Thomas Haider (HAI-SO) Regina founded the “UV Team Austria” and the Water Test Centre Wiental with a Test Facility for UV disinfection systems (www.uv-team-austria). Regina has studied Food- and Biotechnology at the University of Natural Resources and Applied Life Sciences, Vienna, and did her PhD at the University Vienna. In 1999 she received the Venia docendi and was appointed as Associate Professor in 2000.
“The members of the IWA SG Health Related Water Microbiology supported and inspired me since I was a young scientist. Serving for our group enables me to give back some of the positive experiences, which I have gained”, Regina says.

I attended the HRWM group meeting for the first time in Mallorca, Spain in 1996. Since then, the HRWM group has continued to be the most productive and interesting platform in my research carrier, especially through its series of symposia. In recent decades there have been so many advances within the HRWM study area, including molecular techniques, QMRA, microbial source tracking, etc. I am excited that we are now at a stage in this era where the outcomes of those developments are gradually being implemented into real societies. I contributed to the International Symposium on HRWM (WaterMicro 2007) in Tokyo as a member of the local organizing committee, and served as the HRWM group secretary from 2009 to 2013. Now, I am more than happy for the opportunity to contribute to the group further as its vice chair. I would like to maintain the traditional virtues of our group while attracting young members and enhancing international diversity. 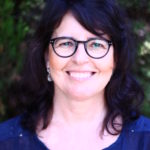 Rosina Girones is professor of Microbiology at the University of Barcelona, Spain, specialized in viruses. Dr Girones was a postdoctoral researcher at the Hepatitis Viruses Section, Laboratory of Infectious Diseases, NIH, USA and has been invited researcher in laboratories in Sweden and USA. Rosina Girones has been the Head of the Microbiology Department of the University of Barcelona and is, at the present, Coordinator of the Section of Microbiology, Virology and Biotechnology in the UB and team leader of the Laboratory of Viruses Contaminants of Water and Food (Vircont). The main area of interest is the study of classical and emerging viral pathogens and the development of new viral indicators and MST tools. Dr Girones is at the present working on the improvement and control of the microbiological quality of recycled water, irrigation water, food and superficial and ground water.

Dr. Daisuke Sano, Professor of Environmental Water Quality at Tohoku University, Japan, completed his PhD. in March 2003 at Tohoku University. In the PhD study, he discovered bacterial proteins that can interact with human virus particles from activated sludge microorganisms. Then, he took a Post-Doctoral Fellowship at Tohoku University (2003-2007) and University of Barcelona, Spain (2007-2009). As a postdoctoral fellow, he was involved in multiple projects with regards to the transmission pathway of norovirus, culture-independent evaluation of virus infectivity (3) and genotyping of human enteric viruses in environmental water. Then he got a tenure position (Associate Professor) at Hokkaido University, Sapporo, Japan, since 2009 and was managing a team of water and public health study, and discovered histo-blood group antigen-positive bacteria that could specifically capture human noroviruses. He moved back to Tohoku University in 2017 and is responsible for the research and supervision of international and domestic projects in the field of water and public health. Particularly, he is currently interested in the statistical modeling of enteric pathogens disinfection/removal, antibiotic resistance and water, and the impact of chemical contaminants on ecosystems. 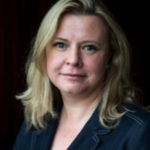 Maronel holds a M. Tech degree in Environmental Health and has been employed at the Council for Scientific and Industrial Research (CSIR) in South Africa since 2005. She has more than 13 years’ research experience in water and health-related projects. Her experience includes health risk assessments (both chemical & microbiological human health risk assessments), environmental epidemiology, drinking water treatment, waste-water reuse, and water pollution microbiology, health economics, Burden of Disease and guideline development. Maronel has been involved in projects funded by various national and international organisations (e.g., DWS, Copper Development Association of South Africa, Agricultural Research Council, City of Cape Town, WRC, USAID, AU (e.g., ACT4SSAWS) and the EU (e.g., RECLAIM, LIVEDIVERSE)). Some of her recently acquired skills are tissue culture, toxicity assessments and genetic impacts of human cell lines exposed to pollutants (e.g., crude oil, acid mine drainage) which currently also forms part of her PhD studies. Maronel has been a member of both the Water Institute of Southern Africa (WISA) and International Water Association (IWA) for more than ten years. She currently also serves on the management committee for the IWA Specialist Group: Metals and Related Substances in Drinking Water. 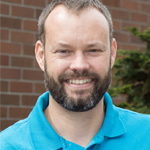 Dr. Meschke is a Professor in the Department of Environmental and Occupational Health Sciences and Adjunct Professor in the Department of Civil and Environmental Engineering at the University of Washington.  Dr. Meschke is an environmental and occupational health microbiologist by training, specializing in the fate, transport, detection, and control of pathogens in environmental media (Air, Water, Food, and Surfaces). His research interests include development of methods for environmental surveillance of Poliovirus and other enteric viruses, prevalence of antimicrobial resistant bacteria, and quantitative microbial risk assessment. 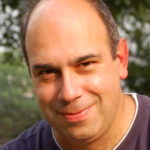 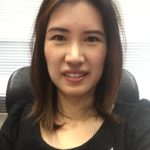 Kwanrawee (Joy) Sirikanchana is a senior scientist 1 at the Chulabhorn Research Institute (CRI).  She received her Bachalor’s degree from the Department of Environmental Engineering, Chulalongkorn University, with first-class honors. Dr. Sirikanchana completed her Master’s and Ph.D. degrees at the Department of Civil and Environmental Engineering,  University of Illinois at Urbana-Champaign, USA, focusing her work on bacterial and viral disinfection in drinking water. Her outstanding dissertation later won the prize in the Thailand Thesis Award, given by the National Research Council of Thailand.  Dr. Sirikanchana received her postdoctoral training from the University of California, Davis, where she focused on microbial source tracking using molecular methods. Currently, Dr. Sirikanchana  is conducting research and advising graduate students at the CRI, focusing on waterborne pathogens and microbial source tracking using culture and molecular techniques.  She was awarded the New Face in Civil Engineering  from the American Society of Civil Engineers in 2009, the IWA-HRWM Willie Grabow Young Investigator Award in 2015, the Young Alumnus Achievement Award from the University of Illinois at Urbana-Champaign in 2016, and the Kurita Water and Environmental Foundation (KWEF) – Asian Institute of Technology Research Award in 2016. She also serves as an Associate Editor of the Thai Environmental Engineering Journal. 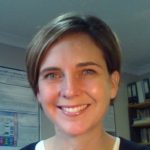 Susan Petterson is the director of Water & Health Pty Ltd, and an Associate Professor in the School of Medicine at Griffith University, Australia. Susan serves as an editor for the Journal of Water and Health (IWA Publishing), and is a member of the Water Quality Advisory Committee (WQAC) responsible for the rolling revision of the Australian Drinking Water Guidelines. Susan is an environmental engineer with a particular interest in Quantitative Microbial Risk Assessment (QMRA) and the interpretation of environmental microbiological data to support evidence based public health. 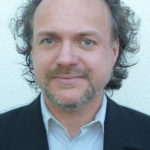 I am full professor at the Karl Landsteiner University for Health Sciences and head of the Interuniversity Cooperation Centre for Water & Health (ICC Water & Health) at the TU Wien (www.waterandhealth.at). My research interests are in the field of faecal pollution diagnostics and management (e.g. detection of faecal pollution, microbial source tracking, and health risk assessment of pathogens) and the microbial ecology of ground- and drinking water resources. I am also editor for Water Science & Technology and the Global Water Pathogen Project (GWPP). For me, the HWRM specialist group is the most important authority in the field of microbial water quality and health and I am happy to serve these activities as a board member. My first conference of the HRWM group was in Swansea, Wales, UK in 2005. 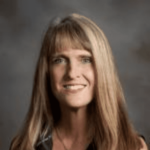 Dr. Kathleen Alexander has been conducting research in East and Southern Africa for over twenty years with a focus on water and health. She has worked for the Government of Botswana as both the Chief of the Wildlife Veterinary Unit in the Department of Wildlife and National Parks and later, as the Ecological Adviser to the Office of the President of Botswana and the Attorney Generals Chambers. She has spent most of her professional life working with local communities integrating scientific approaches with traditional understanding in order to identify interventions for improved rural livelihoods. She is a member of both the World Conservation Union’s Wildlife Health Specialist Group as well as the Commission for Ecosystem Management. She moved to Department of Fisheries and Wildlife Conservation at Virginia Tech in 2007 where she continues to conduct research in her long-term Botswana study site on the dynamics of emerging infectious disease at the human -animal-water interface. 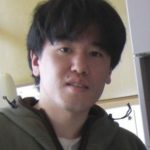 Eiji Haramoto is an Associate Professor at Interdisciplinary Center for River Basin Environment (ICRE), University of Yamanashi, Japan. Dr. Haramoto received his Ph.D. degree at Department of Urban Engineering, the University of Tokyo, Japan, in March 2007, under the supervision of Dr. Hiroyuki Katayama. Between April 2007 and August 2008, he worked at Department of Water Supply Engineering, National Institute of Public Health, Japan, as a research fellow of Japan Society for the Promotion of Science (JSPS), and then he was employed at University of Yamanashi as an Assistant Professor in September 2008 and promoted to an Associate Professor in January 2015. His research interests include the development of concentration/detection methods for waterborne pathogens (viruses, protozoa, and bacteria), the spatial and temporal prevalence of waterborne pathogens and their indicators in aquatic environments, the reduction of waterborne pathogens during water/wastewater treatment processes, and Microbial Source Tracking (MST) using host-specific microbial genetic markers. Dr. Haramoto is now Editorial Board Members of Applied and Environmental Microbiology (AEM) and Water (MDPI). He has published ~100 peer-reviewed papers, including 9 in AEM, 6 in Water Research, 9 in Food and Environmental Virology, 3 in Environmental Science & Technology, and 3 in Water Science and Technology. He has supervised some students from Nepal, by participating an international collaborative study, the Science and Technology Research Partnership for Sustainable Development (SATREPS) program of Japan International Cooperation Agency (JICA) and Japan Science and Technology Agency (JST), entitled “Hydro-microbiological approach for water security in Kathmandu Valley, Nepal.” 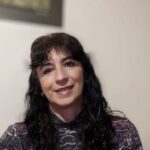 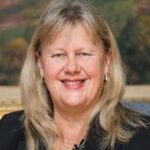 Professor Anne Roiko leads the discipline of Environmental Health within the School of Pharmacy and Medical Sciences at Griffith University. She has over 30 years of experience as an environmental health scientist, 12 years of which were spent working abroad (Finland and Hong Kong) in research, teaching and regulatory roles. Anne is recognised for her commitment to transdisciplinarity and for working effectively with government agencies, industry and community groups, to transfer risk-based evidence about environmental health issues into policy and practice. She was appointed as an inaugural member of the enHealth Council, Australia’s peak Environmental Health Advisory Committee in 1999, as well as the National Health and Medical Research Council’s (NH&MRC) Drinking Water Coordinating Group and represented Griffith University on the Medical Deans’ Working Group on Climate Change and Health. Currently she serves on several key scientific advisory committees, as a board member of the International Water Association’s Health-Related Water Microbiology Group , as a member of NH&MRC’s Recreational Water Quality Advisory Committee, and regionally, as a member of the Science Committee for Healthy Land & Water, where she also chairs the Human Health Scientific Expert Panel. As an educator, Anne is committed to preparing future health professionals to deal with current and emerging environmental health risks, many of which are being exacerbated by climate change. 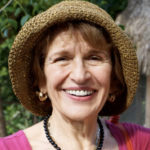